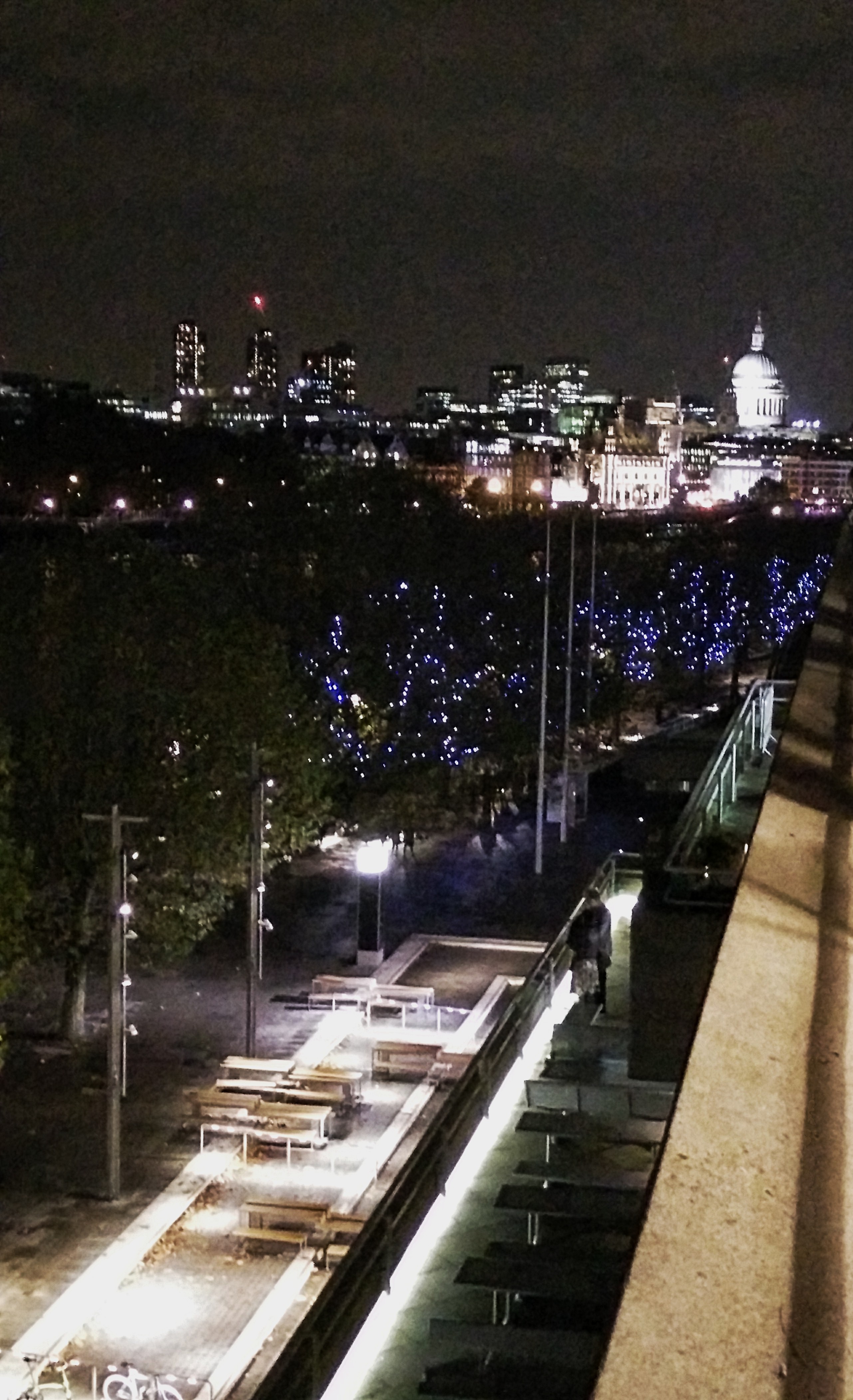 The anonymity of big cities is sometimes thought to have a negative impact on personal relationships. It has become a cliché that city life makes meeting people more difficult, that people in cities don’t have such meaningful interactions as those in smaller communities. Whether or not city life means we are less likely to know our neighbours, place is important in our lives. In terms of our love relationships the places we love in might affect how we experience them, and how they develop. One couple I spoke to about their migration, discussed the differences for them between living in a small town and a big city.

Olivia and Emilio met in London when Emilio came to take English lessons over 10 years ago and Olivia was his teacher for a short time. Their relationship developed over a number of years through visits and email communication. After about three years, Olivia moved to be with Emilio in his hometown in Spain. They lived in a house owned by Emilio’s parents with a large balcony which they enjoyed eating on everyday, despite the blazing hot sun.

It was a small town. Emilio’s job in local government, as well as having grown up there meant that he knew lots of people. As he put it ‘if I went to the street [and] I saw 20 people, I [had] met 18 of them’, exemplifying just how many people in that community he knew. Part of local life was to greet people in the street who were friends of the family, which was difficult for Olivia as they knew who she was, but she didn’t know them. Emilio knew that this was making Olivia feel ‘stressed’. Her own description of that time, ‘I felt totally claustrophobic’ pinpoints how the close social connections which her partner had were influencing her own emotional state.

She found that she needed to visit London more and more frequently. During the final year of her three-year stay in Spain, she spent more time in London than in Spain. She contrasted the way in Spain people were very talkative, with the  anonymity she felt in London, ‘I’m very English in that respect and have been like a very anonymous, reserved person in London so kind that was full on as well’. Olivia points out that it wasn’t Spain – the climate, the space which she found difficult, but the way she needed to adapt to be able to fit in there. As she points out though, ‘you don’t necessarily wanna fit in if it means you have to change your total personality’, suggesting that there are limits to how much adaptation might be possible.  The social milieu which she found herself in was overwhelming and while in Spain something which ran through her mind was, ‘I think i need to be somewhere else’.

For Olivia and Emilio, living in London has less security and predictability than their lives in Spain, but it seems to have given them space for the relationship. Place appears to be vital for this couple, not in terms of the geographical and physical sense of the space, but in the ways which the social networks surround them.  Once they had made the decision to move to London, Olivia says that people often told her she was ‘mad’ to be leaving the sunny climes, but these factors were not enough to overcome the tough social negotiations.  Referring to London, she said,  ‘for me, in the relationship, I felt I needed to be here’, showing how the place itself is not simply an environment to live in, but is perhaps important to the relationship itself. It also suggests that the ‘anonymous’ setting of a big city is not detrimental to love relationships.